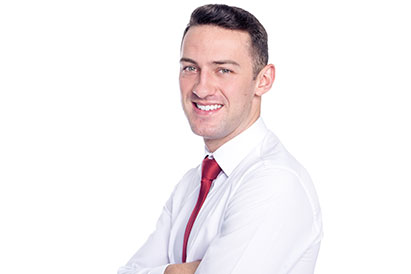 Scott is a Trainee Solicitor at Clarity Simplicity. Scott attended Calderglen High School before going on to become a Professional Footballer at St Johnstone Football club. He enjoyed two years at the club where they won their first major honour in 2014. He later decide to pursue a career in law whilst playing football part time for Albion Rovers, Stirling Albion, East Kilbride FC and Linlithgow Rose. Scott studied both his Undergraduate LLB in Scots and English Law and Diploma in Professional Legal Practice at the University of Strathclyde.

Throughout University Scott had several work placements across Scottish law firms and English in-house organisations gaining experience across many different areas of law. He joined Clarity Simplicity in January 2020 as a Legal Assistant whilst completing his Diploma at University. Scott became a Trainee Solicitor in September 2020 with the firm and is keen to continue his development with the firm for many years to come.

As a former Professional Footballer, I have always been interested in sports. In my spare time, I still enjoy playing semi-professional football and golf.

LLB Scots and English Law and Diploma in Professional Legal Practice from the University of Strathclyde.

Email: This email address is being protected from spambots. You need JavaScript enabled to view it.