Most people do not want to have to go to court if they can possibly help it. Courts are forbidding places (as they are meant to be) and as most people have little or no experience of them, they seem to be alien environment.

So when normal people need to visit the courtrooms of Scotland (and indeed of the world) they are often a bit confused about how to dress, where and when to stand and what to say and how to say it.

Even for people who are used to the courtroom environment, such as lawyers, finding oneself in the witness box is disorienting and disconcerting – it is not a view we are used to!

The first time I went through to the High Court in Edinburgh as a young lawyer I was there to instruct the QC representing our client who was awaiting sentence on a number of serious charges.

I had been a devotee of Crown Court whenever I had been off school ill, and had watched many episodes of Rumpole. I knew therefore where to go in a criminal court. I was at the court ahead of our QC so decided to get settled in my seat. As I knew from watching TV, solicitors sat in the row behind their counsel. 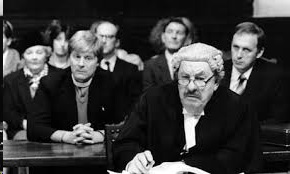 As I settled myself on the bench seat, which seemed a little distance from the table where the QC would sit, a very tall police officer, wearing white gloves, sidled over to me –

“I wouldn’t sit there sir, unless you want to go away for a long time – that is the dock!”

In those days the dock was not surrounded by a security screen, and how could I have been expected to notice the staircase descending down to the cells at the end of the bench!

So, Rule 1 – do not sit in the dock in the High Court, unless you are meant to be there!

Secondly, remember to switch off your phone, or at least have it on silent.

Shortly after I was given my first mobile by my then employer, I was on my feet addressing the late and sadly missed Sheriff John Fitzsimons in Dumbarton. A mobile phone started to ring. Now in those ancient days, everyone had the same ringtone. Everyone peered round the room to find the miscreant. Gradually I realised that the chirping was coming from my jacket pocket.

Apologising profusely I pulled out the phone and tried to switch it off – I couldn’t – so finished up pulling the battery out of the device. 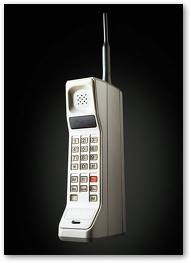 The Sheriff told me he would see me in chambers at the end of the court – it was like a summons to the Head Teacher.

When I went to the Sheriff’s chambers after court, he told me never to let the episode be repeated – I assured him it would not happen again.

He then gave me advice about what I should have done.

“Not long ago” he told me, “there was a very emotional jury trial taking place here. Spirits and emotions were running high. The defence QC was finishing off his jury speech. As he reached the end, there was suddenly a beeping heard round the court. It was coming from the defence QC.”

At that the Sheriff leant towards me. “Do you know what Mr (name omitted to protect the guilty) did? He slumped to the table. He gasped ‘my pacemaker’! he reached inside his jacket and switched the phone off. He stood up, took a sip of water, and said that he was fine, despite his turn, to continue.”

“That, Mr McConville, is how you could have dealt with the incident today!”

I felt that it would be rude to tell the Sheriff that if I had done so I would deserve to be locked up for bad acting, and also that, as in my case my phone was in my jacket pocket, I would have had to claim that my metal hip was beeping!

Rule 2 – switch off your phone!

If you forget about rule 2, at least make sure that your ringtone is not inappropriate.

I had a case some years ago where my client was giving his evidence. As he did so, the strains of “I Fought the Law and The Law Won” were heard coming from the witness box. 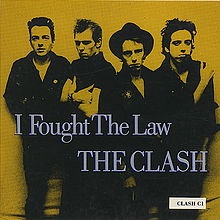 Perhaps needless to say, the ringtone had predicted the outcome of the case – the law won!

Rule 3 – have an appropriate ringtone, just in case.

What to wear in court is also important.

This week has shown a fine example from America about how NOT to dress for success at court.
As Sky News reported:-

A man who gave his children Nazi-inspired names has dressed up in full fascist regalia as he appeared in a US court seeking to secure visitation rights to his youngest son.

The 40-year-old, who also sports a large swastika tattoo on his neck, was appearing before the court in a bid to win the right to see Heinrich Hons, who was taken into care by social services soon after his birth in November 2011. 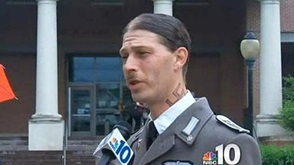 Asked whether dressing up as a Nazi was likely to help his case, Mr Campbell was confident it would not be held against him: "If they're good judges and they're good people, they'll look within, not what's on the outside."

One suspects that Mr Campbell might not have made a very good first impression in his chosen garb!

Of course it is possible not to wear clothes at all, as the infamous Naked Rambler, Stephen Gough, has shown. Mr Gough, who refuses to be clothed, has accumulated numerous convictions for contempt of court for refusing to honour the dignity of the court room by being clothed.

As the Appeal Court said about him:-

The complainer is persistently naked in public. He has twice walked naked from Land's End to John O'Groats, his orderly progress on these excursions having been interrupted by a series of arrests along the way. Through his incorrigible exhibitionism, he has acquired a record of convictions for breach of the peace and bail offences. The complainer dresses on certain formal occasions, but these occasions do not include appearances in court.

He argued that it was not a contempt of court to insist on being naked in court. The Sheriffs and the Appeal Court in Scotland did not agree with Mr Gough, who managed to accumulate a number of years in Scottish prisons as a result of his contempt of court and breaches of the peace. 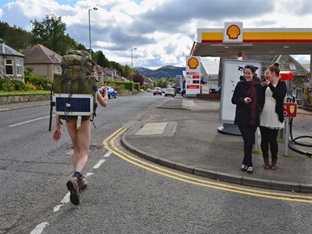 Paul Graham ran from the public gallery and attacked the judge.

The following day, having pled guilty, he was sentenced to 18 months imprisonment.